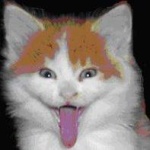 [red text]
A Giant Controller With Tons of Functionality
[text on white background]
The Power Console is a new input device for the SuperGrafx. In addition to a steering-wheel, it has a joystick, a jog dial, a throttle lever, and more. It also has a "macro-function" that allows it to save your input, and it works as a multi-tap. It even has a timer, an alarm, and four buttons with auto-fire. It really is a machine that was made to work with games in various genres that will be appearing in the future.

[text on grey background]
Jog dial - No games support this at the moment. It's an input device that you use by turning it.

Throttle lever - Surely to be used by racing games?

Joystick - Ordinary games will be conrolled via this joystick.

Power/Reset Switches - In addition to a power switch, it comes with a reset switch.
Run and Select buttons

Handle With Trigger Buttons - Allows eight degrees of "turn" in each direction. Trigger-buttons are placed where you put your thumbs.

Card Case - By lifting this lid, you can store your (Hu?)cards.

Multi-tap - Allows you to connect up to four controllers

10-key pad - Allows you to set the timer and other functions, and works as a calculator

Auto-fire buttons - Four buttons are all equipped with auto-fire

[left yellow box]
It's got Macro-Functions!
This device has a macro-function that allows you to record your input. By using this, you can tackle difficult games, or make RPGs that have you performing the same task repeatedly easier.
In terms of storage capacity, it's possible to store input for the first three stages of R-Type I.

[right yellow box]
Store the SuperGrafx Inside!
The unit is rather large in size...so much that you actually put the SuperGrafx inside it. It connects via the 18-pin input connector.

NEC Interview
We ask NEC-HE about a few things that concern us regarding their new machine.

-To begin with, please tell us about what lead to the launch of this new machine.
NEC: The topic of a high-end PC Engine first came up in autumn of last year. The PC Engine as everyone knows it is capable of many things, but we began considering whether we could produce a system that would allow people to enjoy even higher quality arcade conversions at home.

-That means it took a year before the system was announced, right? By the way, what are the differences between the current PC Engine and the SuperGrafx?
NEC: Talking about the internals first, we strengthened the graphic capabilities and increased the RAM. For the graphics, we added a second "background screen" so that it's easy to have two scrolling layers. You can enjoy games while feeling a greater sense of depth.

-That's probably going to make designing maps harder. (laughs)
NEC: Also, we've increased the number of sprites possible to display on-screen, so scenes that would normally flicker will look much better. We've increased the RAM from 8kB to 32kB, making it easier for developers to put together high level programs.

-By the way, in terms of the system's size and case design, it does seem like you'll be surprising some people.
NEC: If you think of the PC Engine as being made for the general public, the SuperGrafx is targeted at the hardcore maniac gamers. It appears that these kinds of gamers care a lot about mecha-things and special effects, so in designing the system, we targeted them by using a mecha-like appearance of what comes into your head when you imagine the word "engine". Since it's something that people are going to leave set down, we also wanted it to have a certain high-class feel to it, which is why we decided on this particular size. TVs are getting bigger and bigger these days, too, so I don't think the size goes too far.

-How will you use the new I/O port, especially in terms of the "O" (output)?
NEC: For that port, we have a special controller for the SuperGrafx called the Power Console. It has a steering wheel and a joystick; the steering wheel has seven degrees [sic] of turn, while the joystick has four degrees in each direction, so it's quasi-analog. As a macro-function, it can reproduce player input so that you can repeat the same actions. In terms of output, the Power Console has an LED that the game software itself can control. For example, in a 3D game, it can light up to tell you when an enemy is coming from behind.

-Are there any games that support these things?
NEC: Not yet, but we are insisting that developers who make Supergrafx software make use of them.

-Do you have any other plans? For example, there is a British company called KONIX that is developing a mobile chassis called a Power Chair.
NEC: We don't have any concrete products to show at the moment. However, we plan on developing a series of such products for everyone to enjoy.

-We're looking forward to it. Oh, we noticed that the RF output is replaced with an AV output?
NEC: Presently, TVs with AV inputs as well as adjoining stereo systems are becoming more and more common. We decided to make as our standard something which has better quality than an RF signal. It is still also possible to connect it to a TV without an AV input with an optional RF unit.

-When people talk about good video quality, they often talk about S-video and RGB. Why didn't you make either of those the standard?
NEC: Well, as for RGB, there are very few consumer televisions that have RGB inputs anymore. On the other hand, as for S-video, there really aren't many televisions out there that support it. Even if we did make the Supergrafx output S-video, it really wouldn't be that much prettier than ordinary composite. Furthermore, by including either of these things, we would raise the cost of the system, and we wanted to prevent that. I think one of the reasons why the Famicom and the PC Engine have spread like they have is because of how easily they connect to a regular television. That's why we chose the most standard of video output types.

- I see. So, how is the all-important sofware coming?
NEC: At the same time that the hardware comes out, Hudson will release Battle Heat and Granzort, while NEC Avenue will release Daimakaimura and Strider. We have also asked other developers to make games for the system. If it's someone who has made a PC Engine game before, then we don't need to draw up any particularly special new contracts. If they want to make games for it, we'd like for them to be able to make them quickly, one after another. For development, all they have to do is add something to their current development kits, and they'll be able to put all the know-how that they've gathered to use.

- I would like to delve into a deeper topic right now. Looking at the specs of your new machine, it appears that it is a tad weaker than the Mega Drive and the Super Famicom. I'd like to ask on behalf of gamers first of all about using the same CPU as the PC Engine. Why didn't you choose a 16-bit CPU? Or, even if you wanted to use the same CPU, didn't you feel that there was a need to increase the clockspeed?
NEC: In the beginning, there were voices calling for a 16-bit CPU, but with balance as a whole in mind, we wanted to ensure 100% compatibility with the existing PC Engine library. Speaking of which, PC Engine software has finally matured as developers have acquired know-how for the system. We wanted them to be able to put that to use, and we also wanted the software they've made up until now to be playable, so we decided on using the same CPU. As for clockspeed, we decided not to change it because we felt it was enough for all the game designs we can imagine at present.

- Was there ever a time when you considered setting aside compatibility and developing a totally new machine?
NEC: The idea was considered, yes. In the world of PCs, for example, it's sometimes necessary to ignore what currently exists and leap ahead. However, it's only been two years since the PC Engine came out. It's just not that time yet. That's why we decided on simply adding functionality. Furthermore, by going with something completely new, we would be forcing developers to start from square one. We wanted to preserve the PC Engine "world" that we've created thus far.

- We see you strengthened the graphical capabilites of the PC Engine in your new machine, but why didn't you add rotation and scaling capabilities?
NEC: This is the thing we spent the most time going back and forth on. Programmers asked us for two things: scaling/rotation capabilities, and more RAM. We considered a lot of options. We would have loved to have included both, but that would raise the cost. Also, we were afraid that by adding scaling and rotation, those features would wind up being used in the same way every time, and the games would all wind up looking like each other. Thus, we decided that by increasing RAM, which is more general-purpose, we could get developers to compete with each other in a freer kind of way. That's why we left out scaling and rotation.

But if you compare the Kung Fu game on the Famicom with our “The Kung Fu” (China Warrior), I noticed that even though the story and the controls are basically the same, there’s a completely different enjoyment to be had in each 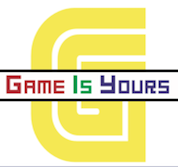